So, on Monday I had the honour of joining my agent and her staff along with three other fab authors, Alex Shaw, Bella Osbourne and Faith Martin. Kate, my agent had been shortlisted for agent of the year. A huge achievement and very well deserved. We met lots of famous people and ate lovely food. It was very exciting. I also had the great honour of meeting Robert Rinder, someone I admire hugely for his compassion and kindness. I can't even begin to tell you how amazed I was when he told me he knew my name and had read one of my books and he was a fan! Kitty has a celebrity fan. Wow, just wow!!! 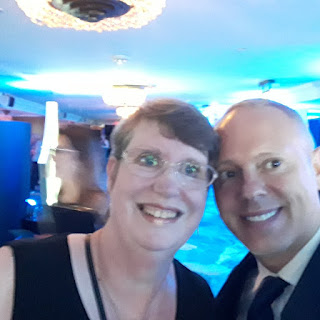 For anyone in the UK looking for a bargain, Murder in First Class is just 99p on a kindle monthly deal for April. "Five stars are not enough" "Excellent and I read it in one sitting, a page-turner I couldn’t put down" "Fast, fun and utterly unputdownable…perfect for fans of Agatha Christie" HERE 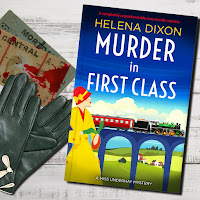 Also in Australia Murder At The Dolphin Hotel is just $1.49 on a kindle monthly deal 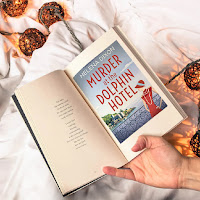 I'm very excited to have Verity Bright return to tell us about the latest Lady Swift book! A Royal Murder GETITHERE At the royal boat race there are beautiful barges, plenty of bunting, a handsome prince and… is that a body in the water? Lady Swift is on the case! Spring, 1923. One-time adventurer and now amateur sleuth Lady Eleanor Swift is attending the annual royal regatta with her new pal Tipsy Fitzroy. Tipsy has Eleanor trussed up like a debutante in a new dress, determined to turn her into a proper society lady. Even Eleanor’s favourite companion, Gladstone the bulldog, has a new outfit for the occasion. But the sparkling prize-giving ceremony is interrupted when the devilishly handsome host gulps his glass of champagne on stage and collapses to the floor. The victim is none other than the king’s cousin, Lord Xander Taylor-Howard. He was rumoured to be entangled in a rather dubious gambling ring, but did someone kill him instead of collecting his debt? Or was this simply an ill-timed tragic accident? Either way, a right royal scandal is afoot… Sir Percival, the head of the royal police, asks Eleanor for her help investigating. He’d do anything to keep the story under wraps. She knows it will get her into hot water with a certain dapper Detective Seldon, but she’s determined to see justice done. However, as she digs deeper, she learns Lord Taylor-Howard was hiding more than one murky secret. It isn’t until she takes a closer look at the unfortunate royal’s shattered champagne flute that she stumbles upon just the clue she needs. But can she reel in the killer before her ship is sunk too? 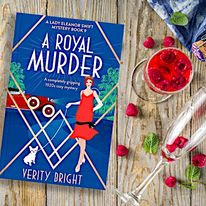 Email ThisBlogThis!Share to TwitterShare to FacebookShare to Pinterest
Labels: A Royal Murder, veritybright

Murder at The Country Club

Nothing says Happy Valentines like a cover reveal for a new cozy mystery! PREORDER 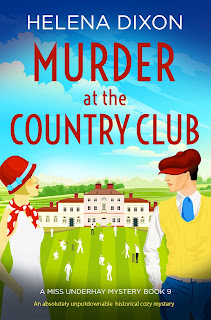 Posted by Nell Dixon at 4:52 PM No comments:

Murder in First Class releases Feb 16th and is available for preorder now!HERE Murder at the Coutry Club is finished and with my editor so I'll have exciting news to share with you all about that soon too. 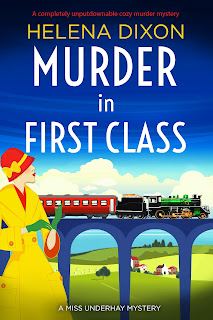 Posted by Nell Dixon at 3:10 PM No comments:

A Christmas Catch Up

Dropping by to wish you all a very Merry Christmas and a happy, healthy and safe New Year. Thank you for all your lovely support for my books and those of my fabulous guest bloggers this year. It is so appreciated. Proofs have just been sent off for Murder in First Class which will release mid February. I have about 20k left to write on book 9 and hopefully, now my house move is completed I should be more productive next year. I may even have my new office space done soon. 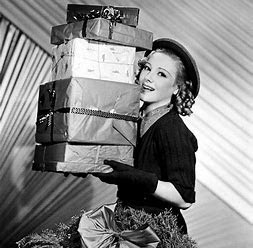 A warm welcome back to the lovely writerly team of Verity Bright and their new release - Death on a Winters Day Christmas at the castle with holly, handmade gifts, snowflakes and… is that a body under the tree? Someone call Lady Swift! Winter, 1921. Lady Eleanor Swift, amateur sleuth and reluctant lady of the manor, has been invited to spend Christmas in Scotland, at the beautiful castle of her dear friends Baron and Baroness Ashley. Even her favourite companion, master of mischief Gladstone the bulldog, is coming along to share a slice of turkey. As snow begins to fall outside, the rather mismatched group are cozy by the roaring fire, sharing a tipple over a plate of Mrs Trotman’s famous mince pies. But after what was supposed to be a fun party game, Mr Eugene Randall is found dead at the feast. A somewhat unpopular business associate of the Baron’s from across the pond, it seems Mr Randall has certainly upset somebody. Was it what he said about Scottish whisky? The killer must be in the castle… and when the Baron is arrested, Baroness Ashley begs Eleanor to investigate. Determined not to let her friend down, Eleanor sets about questioning the remaining partygoers. All too swiftly, someone else is found dead, having apparently fallen from a high balcony. As if one murder wasn’t enough to put a twist in the tinsel! Eleanor knows she’s skating on thin ice now. And when she discovers a hidden document that points the finger of suspicion at the unlikeliest of suspects, she realises there’s more to the story. Can Eleanor catch the killer before it’s time for Christmas dinner? 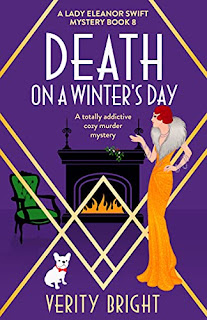 Get your copy HERE
Posted by Nell Dixon at 8:44 AM No comments: