Whew! Lots of stuff going on here right now! Today is the last chance to get Murder on the Dance Floor for 99p Here But! Murder at Enderley hall is 99p/99c just for a few days so you have the chance to grab that one Here For those of you following Kitty and Matt's adventures, Murder in the Bell Tower is out tomorrow! Eeek!Here And finally Murder at Elm House had a cover release this week and can now be preordered! Here Flipping heck! I'm exhausted just reading all that! My publishers have been very busy bees. 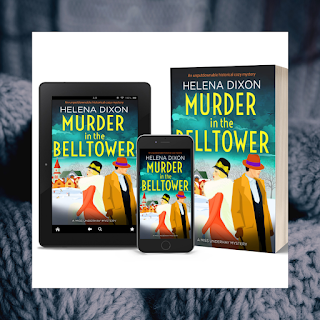 Posted by Nell Dixon at 1:05 PM No comments:

Email ThisBlogThis!Share to TwitterShare to FacebookShare to Pinterest
Labels: bargains

Cover Reveal and preorder is live for Murder at Elm House! Order here 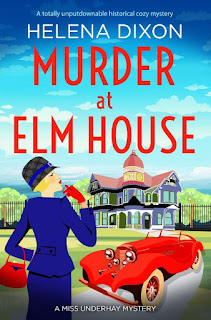 Posted by Nell Dixon at 7:47 PM No comments:

One week to go!

One week until release day! So excited now to share this with you all.

Hoping you will all enjoy it. The first reviews have been fabulous. Here is what one reviewer had to say, 'Helena Dixon carefully weaves the tale and the mystery to it's denouement in true Christie style and you could briefly imagine that Poirot was sitting in a corner nodding sagely at Kitty.' Joanne D Netgalley. This made my heart leap!
Posted by Nell Dixon at 11:27 AM No comments:

Drum roll please! Book 6 in the #MissUnderhay series will be Murder at Elm House. Now I just need to finish polishing it up ready to send to my editor. 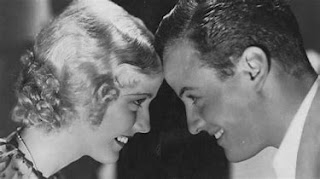 Posted by Nell Dixon at 3:43 PM No comments:

Georgina's fabulous book, The Missing Woman is out anytime now. She is the author of the incredible book, The Stepdaughter which came out in September. Here is the blurb!

Erica thought Sabine had it all. The glances Erica makes to the other woman across the pool, envying her life, the looks going unnoticed, until the day Sabine stares back and she holds the stare a little too long. A cold feeling clenches inside Erica’s chest, a fearful warning. And before the sun sets and the pool lights turn on, Erica knows something is about to go terribly wrong. Hooked? Here's a bit more! They live in the big houses on the pretty street. Those other women, as we call them. And to think I used to want to be like them, to have their money and happiness, to live and laugh and play like them. Not any more. It’s the fourth of July and the whole town is gathered at the local pool. Through the sweltering afternoon, we single mothers don’t mix with the other women––the ones with the perfect lives and happy marriages. Women like Sabine Miller. But when Sabine shoots me a desperate look across the water and suddenly disappears, my blood runs cold… Running to the back gate, all I find is a silver charm bracelet she dropped on her way out. I convince myself I’m imagining things until Sabine’s husband Mark appears. When he realizes she’s missing, he phones the cops straight away. “Someone has been threatening Sabine,” he says. “Now they’ve kidnapped her.” Hours later, I wish I’d run faster. The whole town is searching the streets, calling Sabine’s name over and over. On the TV, Mark is begging for someone to bring his wife home. The truth is, I was the last person to see her alive––and it’s killing me inside. Now the cops are at my door asking questions. I’m terrified they’ll find out what happened years ago between me and Sabine. Something I’ve never told anyone. But I need to tell someone. Can you keep a secret? Get your copy Amazon Apple Kobo Google

Posted by Nell Dixon at 9:47 AM No comments:

Wishing all of you a safe, happy and healthy New Year! To start the year off on a bright note, Murder on the Dance Floor is just 99p today only in the UK HERE