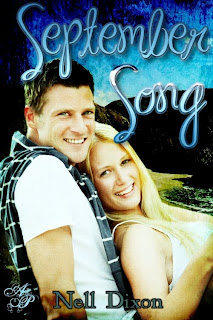 Here's the cover for my sweet novella release from Astraea press - coming to an e-tailer near you very soon!
Posted by Nell Dixon at 8:04 PM 2 comments:

The last week has been strange. Some parts of it lovely strange, like being able to book my place to attend the festival of romance and working through the edits for Renovation, Renovation, Renovation and getting a peek at the cover for September Song. That was fun, I'll have several covers to share with you soon.
Then there were the downs, hearing that an old school friend had died and discovering a wasps nest under the eaves of the house - dying wasps dropping down the chimney and crawling into the lounge - yuck, shudder, ugh.
Back to work at the day job after my lovely holiday and we've tons to do - as usual. This holiday weekend the eldest belle and some volunteers worked with me at the local horticulture show - we potted up and gave away 150 plants and 3-400 potted seeds during the day as well as tons of leaflets explaining who we were and the services our charity offers. My colleagues are there today and if they are as busy as we were it'll be a good weekend. Of course now, my hip is not too happy but some rest and a few doses of painkillers should take care of that. I've been much better since I've been using the wii fit to try and repair the muscle damage in my dodgy leg. So, today is pyjama day at my house.
Posted by Nell Dixon at 10:08 AM 4 comments:

A warm welcome to my special guest - Shirley Wells!
Thank you, Nell, for inviting me to your lovely blog. It’s great to be here!

What gave you the inspiration for this book, Shirley?

I was lucky in that my publishers liked my novel PRESUMED DEAD and wanted a second book featuring my private investigator, Dylan Scott. Life’s so much easier when you can welcome back your main character. I had no idea what to do with Dylan though until, one day, I was taking a rest from a city centre shopping trip. I saw a young, bright, attractive girl with a small scruffy dog at her feet. She caught my attention for two reasons. One, she was full of life. Two, she was eating the most enormous cream cake I have ever seen. I looked away, looked back, and she’d vanished. I had an excellent view of roads in all directions, but it was as if she’d been plucked from the planet. People don’t vanish though, do they? They’re abducted, they’re murdered, they choose to go into hiding … the possibilities are endless. That girl became Samantha Hunt in DEAD SILENT. If you’re curious, this is from the back cover:

Ten months ago, Samantha Hunt set off for work...and was never seen again.
Despite the statistics of cold cases, Dylan Scott wants to believe the young woman's alive—and not just because her father, his client, is desperate to find his missing daughter before he dies of cancer. By all accounts Sam was a lovely girl, devoted to her younger stepsisters, well-liked at her work, in love with her boyfriend.
But as usual not everything is as it seems in sleepy Dawson's Clough. Sam's boyfriend has a violent past. She may have been having an affair with her boss. And Dylan can't shake the feeling that her stepfather is hiding something. Meanwhile, someone is trying to scare Dylan off the case.
Who wanted to silence Sam, and why? The truth turns out to be worse than anyone expected...

What are you working on now?

At the moment, I’m working on the fourth Dylan Scott mystery. PRESUMED DEAD was published in July 2010, DEAD SILENT has just released, and the third in the series, SILENT WITNESS, releases in March 2012.

Which authors do you enjoy reading?

I read anything and everything so there are far too many to list. Must-buy authors are Ruth Rendell, Jodi Picoult, Joanna Trollope and Ian Rankin, among others, but I love exploring and have recently enjoyed new-to-me author Gordon Ferris who writes beautiful crime novels. I was one of those people who vowed never, ever to read an e-book, but I got an iPad and became an e-book fan overnight. Since then, I’ve read far more widely. It’s much too easy to see a review of a book that sounds interesting and download it.

If you could choose some authors or fictional characters to invite to dinner who would you pick and why?

First, I’d need to buy a much bigger dining table. I’d love to see Columbo pit his wits against Sherlock Holmes. Two great fictional detectives, but completely different characters. While they were discussing the criminal mind, I’d introduce them to Miss Jane Marple and let her astound them with her insight. I love the wit of Mark Twain and would enjoy seeing him and Douglas Adams at the same table. I feel sure there would be many laughs to be had. Stephen King would have to be present so I could ask him about his writing. I don’t read many books on writing but I loved his On Writing and often read snippets for inspiration. Alan Bennett would entertain us with his humour. JK Rowling would tell us how Harry Potter changed her life. And you, Nell, would sit at the head of the table and tell us how much fun you have writing your own books.

Thank you for having me!

Having had several hundred short stories, ten serials and ten novels published, Shirley Wells is finally getting the hang of this writing lark. She’s lived in Orkney, Cyprus and the Cotswolds, and now lives in Lancashire, UK, where the Pennines, with their abundance of great places to hide bodies, provide the inspiration for her popular mystery novels. She shares her home with her husband, two dogs, two cats and any other stray animals that fancy being pampered. Connect with Shirley via her WEBSITE, follow her on Twitter or find her on Facebook.

What we did on holiday! 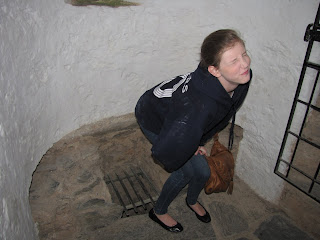 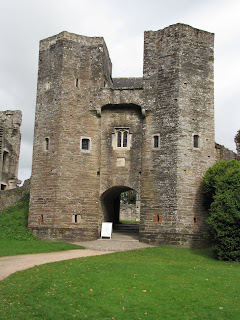 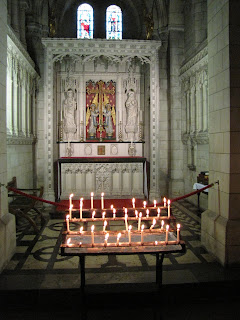 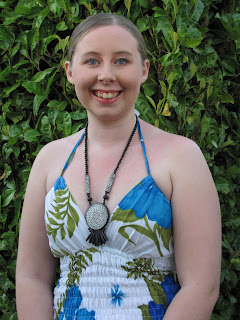 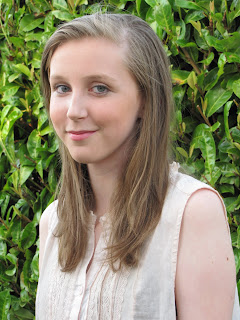 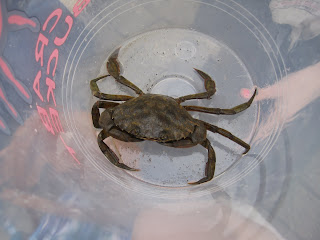 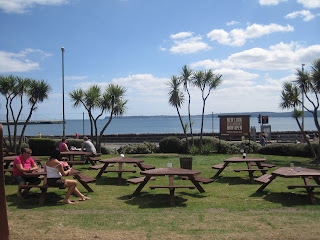 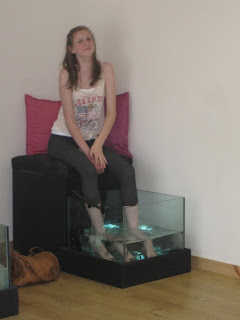 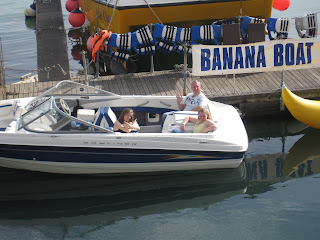 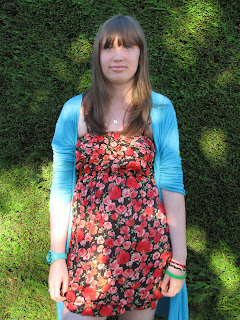 Posted by Nell Dixon at 8:32 PM No comments:

We're home - hopefully my darling belles will download their pics and I'll be able to share them with you soon. We had a lovely, lovely time. It was nice to come back to a ms request from one publisher and an acceptance from Astraea Press for my little Halloween novella. So three subs still out under active consideration - meep!
Today was A level and AS level results day. My eldest belle had her AS results and she passed! yay! So she's going to continue for her second year and hopefully will find out what she'd like to do as a job. She got an A* on her extended project too - worth lots of lovely UCAS points so that was extra fabby.
Posted by Nell Dixon at 12:15 PM 5 comments:

Email ThisBlogThis!Share to TwitterShare to FacebookShare to Pinterest
Labels: A levels, Astraea Press, Cue Me In 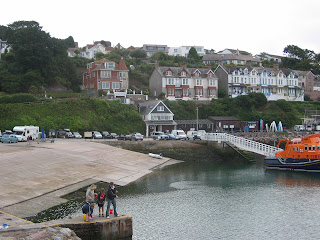 Bet you have the Madonna track going in your head now! The house sitters are here, the fish feeding instructions are done and we're packing the caravan for our holiday in Devon. Looking forward to Torquay, Brixham, Paignton and Exeter - some of my favourite places. The kindle is stuffed full of lovely books, the fridge is loaded with goodies and I have a pad and pen to scribble down the new 15k Christmas novella I have unfolding in my head right now - another new Bay story hopefully. Never too sure how much net I'll get while I'm away so you might see me - you might not!
Posted by Nell Dixon at 1:39 PM 4 comments:

I'm thrilled to announce that Astraea Press have bought my other little New Bay set novella, September Song. So if you loved Making Waves then I know you won't be able to keep from falling in love with Dan in September Song. It's being scheduled for an early release so should be available in just a few short weeks!
Posted by Nell Dixon at 1:57 PM 3 comments: 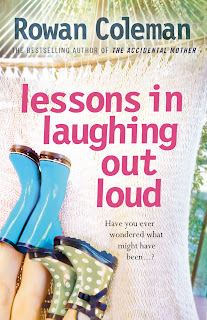 I'm excited to have the fabulous Rowan Coleman visiting to talk a bit about writing and her gorgeous new book - Lessons in Laughing Out Loud.
Rowan, when did you start writing?
I've always been a story teller, being dyslexic meant it was some time before I could really use writing as a medium to tell my stories, probably from my early twenties onwards.

What's your favourite book to read?
I love, love, love Jane Eyre by Charlotte Bronte. Last summer I got to see a few pages of the hand written manuscript in the British Library. I cried, it was so moving to be so 'close' to a writer that as inspired me for most of my life.

Are you working on anything new?
Yes, I'm writing book eleven or twelve. I still don't have a title for it yet, though. Really need to be struck by inspiration soon!

If you could ivite some book characters or authors to dinner, who would you choose and why?
Oh, I'd really like to have a girls night in with all my favourite lady writers, Jane Austen, Charlotte Bronte and her sister, George Elliot, and all of the very man great contemporary women writers there around today - including you, Nell! I think we would have a blast.

Tell us about Lessons in Laughing out Loud:

Willow and Holly are identical twins. They are everything to each other. Holly calls Willow her rock, her soulmate, her other half. And Willow feels the same about Holly. They are alike in every respect but one - Willow is afraid on the inside. And all because of a secret - one that binds the sisters closely together and yet has meant their lives have taken two very different paths.

Willow often feels there are large parts of her missing, qualities she only knows she's lacking because she sees them in her sister. For a very long time Willow has felt separated from Holly by one terrible moment in time - a moment that meant Willow's life was never the same again. And when the past catches up with her, Willow realises its finally time for her to face her fears, and - with Holly's help - learn to laugh out loud once more.
It sounds brill - where can we get it? Amazon and all good retailers.

Thanks to Rowan for visiting. I've some more fabby guests lined up for you later this month.
Posted by Nell Dixon at 10:00 AM 1 comment: