So I booked today as a holiday day as we were taking eldest belle's little car down to her at her uni. Only the new tax disc didn't come in time and said car failed it's MOT. Cue gulp as had to pay for new brakes. Now we're hoping to drop it off to her on Friday instead and I'm home with an unexpected day. Mr Nell took me and the other two belles out for lunch instead. It was a nice lunch and would have been even nicer if the pub hadn't delivered our extra chips to some other diners by mistake. By the time it all got sorted out lunch wasn't as nice as it could have been. Mine was as I didn't have chips - yes, I'm still following my healthy eating plan and I think I've lost some weight. Yay! I have a landmark birthday next year so this is my year to reclaim myself.
Posted by Nell Dixon at 3:40 PM No comments: 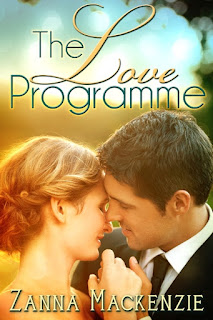 My lovely friends in the USA seem to have had their fun with the snow and now it's back here again too. Why not cheer yourself up by entering the Little Black Dress author's contest to win some free books. Go Here Like our oage and tell us the funniest, chessiest or the most romantic chat up line or proposal you've heard.
Posted by Nell Dixon at 8:46 AM No comments:

As you know today is my birthday and it's also cover reveal day for Radio Gaga! 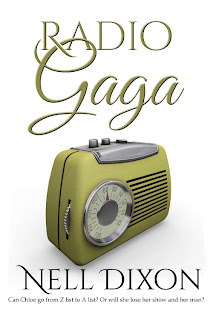 Releasing March 1st from Brierley Rose Press! Over the airwaves everyone can hear you scream! Radio researcher and part-time presenter Chloe Lark is certain her big show biz break is just around the corner. Live it Up radio may not be the big time, but surely - one day soon - fame will come her way. And, if she could convince the hunky guy next door to give her a chance, her love life might improve too. Ex-soldier Ben isn’t sure if his new ‘Z’ list celebrity neighbour is crazy or on medication. Either way he’s looking for a quiet life out of the spotlight. The last thing he needs is an accident prone media hungry blonde complete with mystery stalker. Problem is - Chloe doesn’t seem to have received that particular memo…
Posted by Nell Dixon at 8:27 AM 3 comments:

I'm busy reading the proofs now for Radio Gaga before the book is formatted ahead of the March 1st release. Look out for the cover reveal on Friday, my birthday! I'm really excited to be sharing this as I think Elaina, my cover designer has done a fantastic job. I'm also busy working on Stormy Vintage - my follow up to Passionate Harvest and my new romantic suspense series - At The Dolphin Hotel. Life is pretty busy at home too with the usual uncertainties over work at this time of year. I have the second family funeral of the year to attend this Thursday and of course Friday is my birthday. My middle belle is in her GCSE year and is busy with her sign language, drama, dance as well as college entry things. A huge thank you to everyone who has sent lovely messages saying how much they enjoyed Lights, Camera, Poltergeist! My fun, spooky valentine novella. I loved writing it and I'm already thinking about a third story for Fae. It's great to see so many of you finding me on Facebook at my author page too. Hop over and join if you haven't already as I have regular giveaways there and sneak previews of my wips! Find me here
Posted by Nell Dixon at 9:10 AM No comments: