Here's the cover for The Cinderella Substitute releasing as e book on November 1st from Astraea press. Also available as audio book from Audiolark. 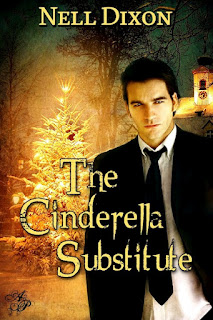 Posted by Nell Dixon at 9:10 AM No comments:

Behind the scenes of Be My Hero 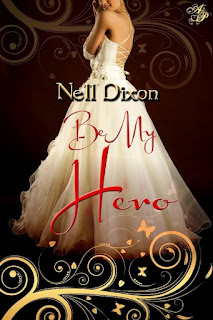 I'm guesting and giving away more copies of Be My Hero today over at FLY HIGH as a guest of the lovely Maria. There is quite a story behind Be My Hero - one that is very personal to me and my family. Pop over and take a look.
Posted by Nell Dixon at 8:34 AM No comments:

Email ThisBlogThis!Share to TwitterShare to FacebookShare to Pinterest
Labels: Be My Hero, Fly High

My lovely friend, Kate Hardy is celebrating the publication of her 50th book! I'm guesting there today and you could win a pdf of Be My Hero!Go over and congratulate her!
Posted by Nell Dixon at 8:35 AM No comments:

Email ThisBlogThis!Share to TwitterShare to FacebookShare to Pinterest
Labels: Be My Hero, Kate Hardy

The Next Big Thing

Author Sheryl Brown tagged me to take part in “The next big thing” and answer ten questions about my current work in progress. I hope you'll enjoy it.

• What is the working title of your next book? Okay, well the one I've just started is called Lights, Camera, Poltergeist and is a follow up to Cue Me In which was my Halloween Story from last year with Astraea Press.

• Where did the idea come from for the book? The idea came from readers of Cue me In who keep asking for another story featuring Fae, her technician boyfriend John 'Flash' Flannigan and some spooky action. 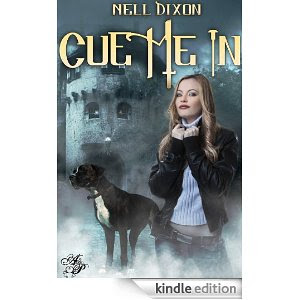 • What genre does your book fall under? It's a short and sweet novella with a twist of humour and a dash of suspense

• What actors would you choose to play the part of your characters in a movie rendition? I hate this question! I never ever know how to cast my stories and can never remember actors names. Fae is tall, slim, blonde and wears kick ass boots. Flash has blue eyes, dirt blond hair and has dimples when he smiles.

• What is the one sentence synopsis of your book? Valentine's eve in a spooky Scottish country house and and Fae's heart isn't all that going 'bump' in the night.

• Will your book be self-published or represented by an agency? I'm hoping my lovely publishers at Astraea press will like it :)

• How long did it take you to write the first draft of the manuscript? I've only just started it so probably eight to ten weeks as it's going to be aprox 15kish

• What other books would you compare this story to within your genre? Hmm, people have compared my writing to Janet Evanovich so I'll take that as a lovely flattering description, how true that is I'm not sure.

• Who or what inspired you to write this book? I love architecture - old buildings fascinate me and as someone who comes from a line of women with psychic gifts then this kind of story feels quite natural. I've had lots of readers say they think Fae and Flash are series characters so I thought I'd like to do another story featuring them.

• What else about your book might pique the reader’s interest? If you like humour, suspense, ghosts, feisty heroines and something a bit different then Cue Me In and Lights, Camera, Poltergeist would probably be your thing. The writers I am tagging are:- Sheryl Brown and my fabulous CP Kimberly Menozzi

Carol Hedges is the successful author of 11 books for young adults and teenagers. Her writing has received much critical acclaim, and her books have been shortlisted for the Carnegie Medal and the Angus Book Award. At the beginning of this year,

Carol decided to become an Indie author, and has just published her firsrt YA novel, Jigsaw Pieces on Amazon Kindle. She is currently working on her next ebook, a Victorian detective novel, with werewolf.

Carol lives in Hertfordshire, with her husband, a pink 2CV, two cats and a lot of fish. She has one grown up daughter. 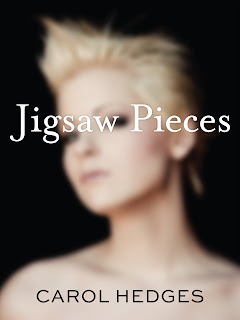 To celebrate the release of her latest novel, Jigsaw Pieces, Carol kindly agreed to allow me to interrogate, um, I mean interview her.

1. Most authors are also big readers. Do you read the same genre you write? and which book has influenced you most in your desire to be a writer?

I am a voracious reader - one of those who always has a stack of books by the bed - which follow me round the house. I don't read YA novels, actually I don't think of myself as a YA author, but as a writer of crime fiction that just happens to have teenagers as the main protagonists. I find it a bit tedious that we have to be categorised all the time! But I do read a lot of crime fiction and thrillers: Henning Mankell, Robert Harris are two favourites as well as Dickens ( well, he writes crime fiction, in a way). In answer to the last part of the question, I could give a frivolous answer and say Orlando the Marmalade Cat, as Kathleen Hale was the first author I borrowed from our tiny local library, when I was 6. The luscious illustrations and funny kittens were an early source of inspiration. Maybe that's why I have so many kittens on my Facebook page! Seriously though, I can't say one book has influenced me; I think the concept of THE BOOK is what inspires me and drives me to write.

2. Are you a plotter or a pantster when it comes to writing your books?

Because I write crime fiction, I have to be a bit of a plotter. I need to work out what the crime will be in advance, and who is the perpetrator. And I need to know how everything will end. Then I just fly by the seat of my pants, because it's more exciting that way. I always try to end a writing session on a cliff-edge, so that I return to a challenge. Being a pantster means that I'm open to new things happening, and I don't panic if the narrative starts veering off-course, because there is no course. Though there is an ultimate destination.

3. If you were giving a dinner party, which 4 fictional characters would you most like to invite and why?

Oh gosh, what a HARD question! Well, one of the guests would be Scarlett O'Hara from Gone With the Wind because she's the original Steel Magnolia, isn't she. And then, I'd invite Kurt Wallander, because his Swedish reserve would be an interesting contrast. My third dinner guest must be Scout from To Kill a Mockingbird because I just love the way she reacts to situations and people in Maycomb. My last guest? Ooh, pure indulgence: Mr Darcy from Pride and Prejudice. I adore a man with a crumbly interior. And a wet shirt - no no,wait, that's Colin Firth.

4. What are you working on next?

I'm on the final edits of an historical novel set in 1860. It's called Diamond Girl and is 'Victorian-lite' in that, although researched up to the brim, it's written in a fast-paced and (I hope) humorous style. It also pokes gentle fun at some of the Victorian novel cliches:the bumbling detective, the ragged crossing sweeper, the over-managing mother. Did I mention the werewolf? I hope to get it uploaded around Christmas.

Many thanks to Carol for stopping by today. Jigsaw Pieces is available from AMAZONUK

‘He had been part of my everyday life. I hadn’t liked him much, nobody had liked him much, but he’d been there. Now, I’d never see him again.’ Annie Skjaerstad had been searching for her identity since being uprooted from her native country of Norway. With a spiky personality winning her no friends, and family members suddenly torn out of her life, she is left seeking comfort from a growing intrigue into the stories of fallen war heroes. But one day, a boy from her school unexpectedly commits suicide, changing things forever. Confused by the tragic tale of someone she knew, Annie soon finds herself conducting her own investigation into his death. What she uncovers will bring her to a dark and dangerous place, as suddenly – her own life is put at risk. A tense, coming of age crime thriller by the author of ‘Dead Man Talking’.

It's the start of another busy week here. My day job has a big, huge new project launching and I'm putting in extra time so my writing and on line time is somewhat curtailed. I'm also helping my eldest belle to clear out her room ready for her move to Cirencester in two weeks time. My youngest daughter is then going to take eldest's old room and eldest will take the smaller room for when she comes home. I'm almost done with my critiquing commitments for this year and my proofreading tray is empty too so in a few days time I can kickstart my writing projects. I have tons of stuff in my head that I'm dying to get down on paper, including plans for a new series! I've also been busy sorting out my health issues. My GP seems to have found me something which is helping my arthritis and that means I can be more physically active. In turn, that is enabling me to restart a get fit/weightloss programme. Fingers crossed for a slimmer, fitter, more organised me by Christmas!
Posted by Nell Dixon at 9:10 AM No comments: 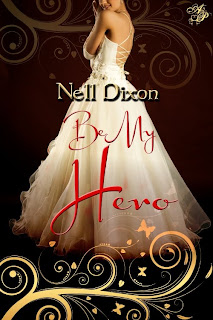 Nathalie Mayer is thirty-four. On the surface she is an attractive, happy, single, successful woman running her own bridal business. Despite her line of work and her obvious delight in other people’s weddings, including that of her twin brother, Nate. Nathalie has always declared that a settled relationship is not for her. There has only ever been one man whom Nathalie felt she could love. Evan Davies is back in town after a six year absence. Last time he was here, he and Nathalie had tentatively begun to take their friendship to a different level. Now he’s home again and has the reason for his sudden departure from six years ago with him – his daughter, Polly. Available on Amazon UK And Amazon.com And here on Nook book
Posted by Nell Dixon at 7:02 PM 2 comments: