It seemed like a good idea at the time

Most of you know I've been writing like a mad woman to finish my novella, Passionate Harvest. Well I made it for my deadline and had the opportunity to pitch to a publishing house I really, really would like to work with. I'm thrilled to say one of the editors there has asked to see it. So, guess who's writing/aditing like a mad woman again to make it all shiny beautiful? Sigh. I also discovered that I hadn't written the synopsis for it. I was sure I had. So yep, I know. I do this to myself all the time.
The other so-called good idea is Mr Nell has bought a wii fit. The way it says ouch every time I get on is doing nothing for my ego. In a rash moment I agreed to be a diet buddy to my eldest dd who wants to tone up now she's able to do physical exercise again after her foot surgery last year. Apparently I'm okay at yoga. Well, the easy peasy bits anyway. I'm building up slowly into the harder stuff. Every day this week now I've been doing 30 mins of exercise. Hopefully it will help my posture and stave off the hip replacement for a bit longer. My mobility has deteriorated this year. If I don't post for a while I'm either aditing or the wii fit has killed me. Either way, send biscuits!
Posted by Nell Dixon at 8:31 PM No comments:

This month's catch up!

This year is zooming by much too fast. I have lots of lovely things coming up. Be My Hero is out in audiobook in August, Animal Instincts is released in German in September, Brief Encounters will be in print in September and, best of all, Renovation, Renovation, Renovation will be out as an e book in September and March 5th as a print book!I'm so excited.
Writingwise at the moment I'm pushing on with the novella as I really want to get it done and start shopping it over the summer. I'm into the final third of my next book for Myrmidon, and I've now got a synopsis and a couple of chapters on the project I'm totally not supposed to be working on at all.
So it's pretty busy right now. I'll be sharing a few tid-bits from Renovation, Renovation, Renovation over the next few months and I've some fabulous guest bloggers lined up for you too.
Posted by Nell Dixon at 6:39 PM 1 comment: 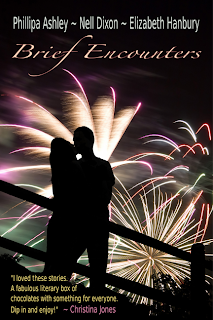 Many Thanks to everyone who stopped by this week to share their drink favourites and their hero favourites. Once again there were so many of you I'm giving out some extra prizes, so the winners are:

Stina6891
Bellcolella
and Michelle Aurict
Stop by again soon for more giveaways and tasters
Posted by Nell Dixon at 8:04 AM No comments: 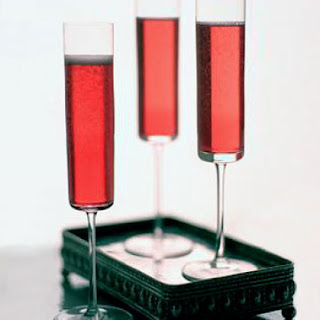 Tour Rules
1) HAVE FUN!!!
2) INVITE ALL OF YOUR FRIENDS!!! SPREAD THE WORD!!!
3) THIS TOUR STARTS: Monday, June 13, at Midnight (Arizona Time)
THIS TOUR ENDS: Monday, June 20, at Midnight (Arizona Time)
Winners will be drawn and posted June 21st! ***
4) MEET AND MINGLE WITH ALL THE AUTHORS! EXPERIENCE A NEW PARTY DESTINATION AT EVERY STOP! PARTICIPATE IN EVERY BLOG CONTEST AND BE ENTERED FOR CHANCES TO WIN MULTIPLE PRIZES! EVERY BLOG VISITED IS ANOTHER OPPORTUNITY TO WIN!!
5) PARTICIPATION AT ALL BLOGS IS RECOMMENDED, BUT NOT REQUIRED. REMEMBER, THE MORE BLOGS YOU HOP, THE BETTER YOUR CHANCES OF WINNING PRIZES. EVERY AUTHOR IS WAITING TO MEET AND INTERACT WITH YOU, SO PLEASE BE SURE TO SHOW EVERY AUTHOR SOME LOVE!
6) DID I MENTION TO HAVE FUN? WHOO! HOO!! HERE WE GOOOOOOOOOOOO!

***Authors have full discretion to choose an alternate winner in the event any winner fails to claim their prize(s) within 72 hours of their name being posted or after notification of win, whichever comes first. Anyone who participates in this blog hop tour is subject to these rules***

Bring a dish party!
Hmm, since this is a romance writers blog and it is a party after all. Heres a recipe! Recipe provided by Better Homes and Gardens

Nothing says 'celebration' like champagne, and a traditional champagne cocktail is perhaps the height of celebratory drinks. Its pretty color makes it ideal for Christmas entertaining, and its two-ingredient composition makes it beyond easy to make. Serve this cocktail as an aperitif before a formal dinner or at a cocktail party along with appetizers and desserts. If using cranberry juice instead of pomegranate, float a couple of cranberries in each flute as a garnish.
And for my other bring a dish - here is one of the pics from my hero inspiration file! 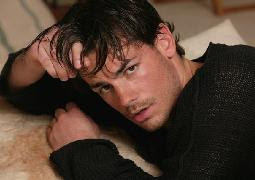 I'm offering a prize of a free PDF download of Brief encounters to be drawn from the comments at the end of the blog hop - why not leave me a drink recipe or tell me who your party dish is to be in with a chance to win?
Available now! Brief Encounters is a sparkling new anthology of six romantic short stories. Sweet and sexy, contemporary and historical - the collection has something for everyone and is written by three top romantic authors Phillipa Ashley, Nell Dixon and Elizabeth Hanbury.
‘I loved these stories. A fabulous literary box of chocolates with something for everyone. Dip in and enjoy!’ Christina Jones.
Excerpt from Plus One Guest © Nell Dixon 2011
“You have to be kidding?” Diana eyed Lucy with suspicion as Lucy moved her office chair away from her desk and replaced it with a large, blue inflatable exercise ball.
“Nope, I need to lose these last two pounds by Saturday and desperate times call for desperate measures.” Lucy sat precariously on the ball, adjusting her position until she could reach her keyboard.
“You’ve finally flipped.” Diana grinned, and shook her head in mock despair.
“It’s supposed to tone your tum and bum whilst burning calories and improving your posture.”
“Blimey, does it work?”
Lucy smiled back. “No idea, but I have to do something so that I can get in my dress for the wedding.”
“Have you done anything about finding someone to go with you? The invitation is for ‘plus one guest’.”
Lucy knew what Diana meant. Since her dear, conniving, boyfriend-stealing cousin Shannon was actually marrying Lucy’s unfaithful, rat-bastard, ex-boyfriend, finding a suitable man to accompany her to the wedding had been at the top of Lucy’s to-do list. So far all her options had failed.
Available from Amazon and all good e –tailers.

Your next hop destination is Nichelle Gregory's Chocolate Party Have Fun!
Posted by Nell Dixon at 3:46 PM 25 comments:

Email ThisBlogThis!Share to TwitterShare to FacebookShare to Pinterest
Labels: Blog hop, Party till your heels fly off

Bookishly Attentive Brief Encounters just got a review! The reviewer, Angie says 'Brief Encounters is a must read, and its size makes it the perfect evening getaway. Be sure to download this as quickly as you can! It can be found at all online bookstores, and according to author blogs, the print version will be out in September. Well done, ladies!'
Posted by Nell Dixon at 11:10 AM No comments:

Click at your own risk!Surely it's not just me that finds the Birds eye bear creepy and disturbing? It's getting so I don't want to open my freezer just in case. Janice should get an injunction.
Posted by Nell Dixon at 1:51 PM No comments:

I thought you might like to see a snippet of one of the things I'm working on. Here's a tiny taster from the novella - currently called Sour Grapes. Hope you enjoy it!

She stared at the padlocked barrier with a sinking heart. Gym had always been her least favourite subject at school and the combo of tight jeans, achey legs and general clumsiness meant tackling the gate wouldn’t be a piece of cake.
Dominic stood waiting for her on the other side. “Do you need a hand to get over?”
Her body heated as his level gaze took in her muddy clothes and dishevelled appearance.
“I think I can manage.” She grasped the wooden post at the top of the gate and began to climb up to the point where she would be able to swing her leg over the top. The tightness of the denim combining with fatigue made it a struggle and she teetered on the crossbar trying to summon enough energy to adjust her position.
“Lucy!” Dominic moved forward just as she lost her balance.
“Oof!”
She lay sprawled on the wet turf on top of Dominic with his dog attempting to lick her face. Temporarily winded from her fall she was horrified to see he had his eyes shut and a pained grimace on his face.
Posted by Nell Dixon at 4:32 PM 4 comments: 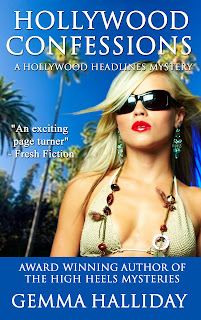 I'm thrilled to introduce my guest blogger and fellow Romance diva - Gemma Halliday.
Gemma had a hard time figuring out what she wanted to be when she grew
up. She worked as a film and television actress, a teddy bear
importer, a department store administrator, a preschool teacher, a
temporary tattoo artist, and a 900 number psychic, before finally
selling her first book, Spying in High Heels, in 2005 and deciding to
be a writer.

Since then, Gemma has written several mystery novels and been the
recipient of numerous awards, including a National Reader's Choice
award and three RITA nominations.

Gemma now makes her home in the San Francisco Bay area where she is
hard at work on her next book.
Her latest release is the fabulous Hollywood Confessions.
Here's the blurb!
Allie Quick has high aspirations - much higher than reporting on the
latest celebrity gossip for the L.A. Informer, Hollywood's most
notorious tabloid. But if she's going to join the ranks of the real
reporters, she's going to need a headline worthy story under her belt.
Which is just what she gets when the producer of the trashiest reality
shows on TV winds up murdered, and Allie convinces her editor, Felix
Dunn, that this story has her name written all over it. Between an
aging dance-off judge, a family with sextuplets and triplets, and the
star of a little person dating show, Allie has no shortage of reality
stars to question. But when she finds herself falling for her prime
suspect, Allie's relationship with her editor is suddenly on the
rocks, and her life is in danger. This is one deadline Allie can't
afford to miss!

Special FREE download of the first two books in the series – Hollywood
Scandals (book #1) and Hollywood Secrets (book #2)! Just go to
Smashwords.com and type in the following promo codes at checkout:

For HOLLYWOOD SCANDALS: JZ89Y
For HOLLYWOOD SECRETS: HV54W
You can get a copy of Hollywood Confessions from any of these places.
Paperback: https://www.createspace.com/3621092
Kindle: http://www.amazon.com/Hollywood-Confessions-Headlines-ebook/dp/B0052U9GQC
Nook: http://search.barnesandnoble.com/Hollywood-Confessions/Gemma-Halliday/e/2940012613325/
Smashwords: http://www.smashwords.com/books/view/62229
Posted by Nell Dixon at 9:15 AM 3 comments: